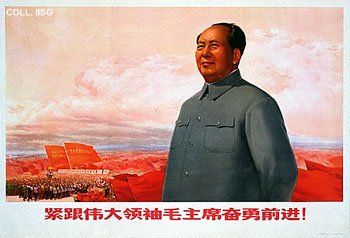 Near the two red flags at lower left a man can be seen rising above the crowd, holding a plate with mangoes. These are the famous mangoes Mao had been given in August 1968 by a visiting minister from Pakistan. The mangoes were presented to carefully selected factories, where they were revered as sacred relics. The gift of mangoes signified that Mao's sympathies had shifted from the students, who had started the Cultural Revolution, to the workers.
top