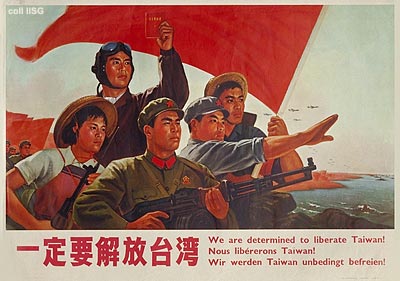 At the time of the communist takeover in 1949, some two million Chinese take flight to the island Taiwan, mainly supporters of Guomindang, the Nationalist Party defeated by the communists. They establish the republic of Nationalist China, claiming this to be the only true China. Communist China does not recognize this republic, and regularly holds invasion practices. These have to be interpreted more as demonstrations of determination than as practical preparations, however.